Sign up today for a much needed private retreat at Mater Dolorosa Passionist Retreat Center conveniently located in the foothills of the San Gabriel Mountains in the quaint city of Sierra Madre just northeast of downtown Los Angeles.

Explore over 20 acres of gardens that include our historic Stations of the Cross, the Garden of 7 Sorrows and cactus garden located next to a massive Morton Bay fig tree where the very first retreats were held at Mater Dolorosa back in 1926. Sample self-guided retreat formats can be supplied to maximize your time on your individual retreat.

For $125 per night you will receive a guest room with a private bath and blissfully free of any electronic devices. The rate also includes three healthy meals prepared by our own onsite kitchen staff. Rooms are fully air conditioned and have been cleaned & sanitized following CDC guidelines. Minimum stay is one night. Day options are also available beginning at $25 per day.

Last week we talked a little about Understanding and Lent. This week I want to dig into this a little more. When we consider the word “understanding” we can think of it in two ways, the secular psychological definition or a spiritual one. The psychological one focuses on our “mind-view” of the word, as illustrated below from Wikipedia:

However, our spiritual definition is rooted in the heart. The second of our Gifts of the Holy Spirit, understanding is clearly defined in Daniel 2:22-22

“It is he who controls the procession of times and seasons, who makes and unmakes kings, who confers wisdom on the wise, and knowledge on those with discernment, who uncovers depths and mysteries, who knows what lies in darkness; and light dwells with him.”

Understanding, therefore, is the pure gift of God and touches our hearts so we can better integrate our personal closeness to Christ, as the Word Becomes Flesh (Jn 1:14). This closeness is a mysterious gift which allows us to bring Christ into our decision-making process, as the spirit of the Lord rests on us. Pope Francis notes “understanding dwells in the heart and enlightens the mind”, reminding us that the gift emanates from our heart, which God resides and illumines our thinking, behavior and decision making.

The Holy Spirit gives us this gift where God sits centrally in our hearts and minds; it should be the core of our thoughts and actions. This allows the understanding of our heart to meet the observations of the mind. In an ideal world, we can use some guidelines to mine this gift of the Holy Spirit. I try and use the following to help remind me when I get off course on this front.
Involve God in the decision-making process.
Reflect on our decisions and reactions
Select a loving response as the output channel for our response to others

Perhaps this week you can explore this gift and how it plays out in your life? Do we really involve God in our reactions to others? Or do we judge too quickly in our responses?
I wrote the reflection below some time ago to remind myself of how useful a short reflection can increase the potential for God to be involved in my decisions. 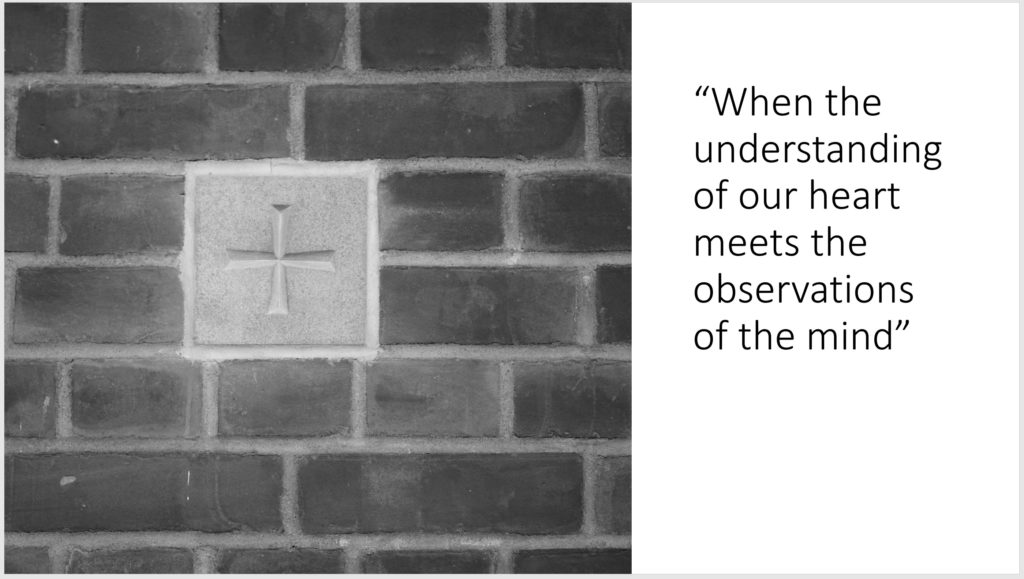 Add ten seconds to each moment,
And my response would be better,
kinder, warmer, more forgiving,
than my first.
But can I ever be as loving as He is to me? 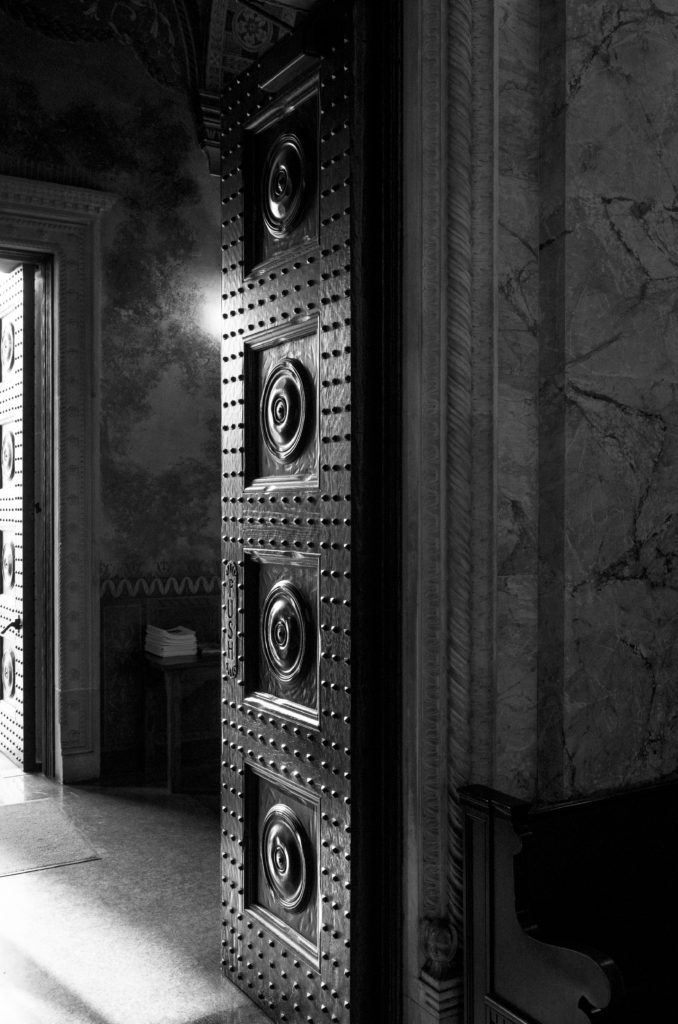 At times we are surprised by how others can shed light and illuminate the dark corners of our lives. A recent homily by a visiting priest at St. Andrews, Pasadena noted, “the shepherd shows up in unexpected places”.

As we often look to God to provide guidance in some direct way, we sometimes close ourselves off to the messengers He sends in our everyday world. Our ears perk up at times of worship, solitude or reflection, but often the message comes in the everyday conversations if only we were listening more carefully.

My own spirituality, such as it is, was called into question on a recent conversation with my daughter Terri; a woman with a great desire to nurture the world, someone who really feels the pain of others. She also tries to do something about it, in both practical and prayerful ways. Generous would be an understatement in describing her actions in the world.

Our telephone conversation was focused on my recent move to California and specifically an almost four-hour visit to the DMV to obtain a state driving license. It’s been a while, 25 years since going through the process of changing a state license so the various levels of identification now required surprised me. Proof of domicile, proof of income, current driving license, pay stubs and four separate fingerprint recordings (thumbprint to be exact) ensured a lot of security in the process. I also noted, while preparing for the visit, there was a separate process for undocumented residents of California. It was here my daughter called me out, ever so gently.

In our conversation, I mentioned the words “illegal residents” for this process of obtaining a license for an undocumented resident in the state. She said to me “don’t use the word illegal dad”.

Suddenly, I realized that almost ten years of graduate studies in theology and pastoral formation had not stopped me using judgmental words when talking about my fellow man. It stuck like a sword in my heart and has caused me to write this reflection on the topic. We don’t call legal residents, “legals”, we call them citizens or permanent residents. Titles which bear some respect for their humanity. I recalled my own path to citizenship, which took a full seven years, two years for my green card, and other five then to obtain citizenship. I also had the support of two senators at the time, as my employer was keen to ensure my tenure in the USA; something of which I am eternally grateful. In retrospect, I was being prideful of my own journey, and dismissive of others; many still struggling on their own.

Thousands of Americans have shed their blood so we may all enjoy the freedom we do today. They have done so willingly, and while it may not compare to the sacrifice of Our Lord Jesus Christ, it is nonetheless the greatest act we can offer for another. This selflessness was one of the characteristics which made me want to become an American and something I am so grateful for today, almost 30 years after becoming a US citizen.

Stations of the Cross