What are you thinking about the Church these days???
The other day I was reading Scripture as I try to do everyday.  The Book of Scripture I was reading was the First Book of Maccabees.  I realize that this particular Book in Scripture isn’t one of the most familiar Books of the Old Testament but I was surprised at how the story of the Maccabee family brought me to think about something much more current.

As you may recall, the Book of Maccabees tells the story of the rebellion of the Jewish people against the Seleucid Empire in the second century before the birth of Christ.  The Seleucids, a Hellenistic dynasty, inherited their Empire from the conquests of Alexander the Great.  By 167 B.C. they had not just oppressed the people of Israel but finally outlawed all Jewish religious practice.  That final act of oppression led to the rebellion led by the Maccabee family.  Judah Maccabee was the leader of the revolt which began as a guerilla war against the much stronger Seleucid occupying army.  After a series of guerilla actions that took place over a seven year period, the Seleucids had to withdraw and turn the government of Judea over to the Maccabees.  The Seleucids weren’t able to withstand the Maccabean attacks because they were also being challenged by the Romans in other parts of their Empire.

But what struck me about this story of this time in the history of Israel was how the Maccabeans went about restoring the practice of the faith of Israel.  We are told that as soon as their rebellion against the Seleucid empire was successful, the Maccabees restored the Temple and traditional worship, built a new altar and made their burnt offerings and sacrifices of praise.  For the Maccabees the Temple was the place where God dwelt and deserved reverence.  The restored Temple gave the whole nation its center of identity.  Restoring the Temple filled them with joy and gladness so much so that they celebrated the restoration every year after that.

In the time of Jesus it seems that the reverence and place of honor that the Maccabeans gave to the Temple had already eroded to a much more mundane and utilitarian attitude.  We hear stories in the Gospels about the way the chief priests, scribes and leaders of the people looked upon the Temple.  They seemed more concerned about using the Temple as a place of commerce and even used the people’s worship to buy and sell “offerings.”  The sense of the sacred is so obviously absent that Jesus becomes angry and drives the merchants and money-changers from the Temple courtyard.  Their response to Jesus’ outrage wasn’t shame, but rather self-righteousness and a desire to destroy Jesus.

Especially now as the Church is so often being attacked by so many.  Do I still look to the Church to find God?

Or, do I sometimes look away or feel ashamed?

O God, please give me eyes to see you in our midst! 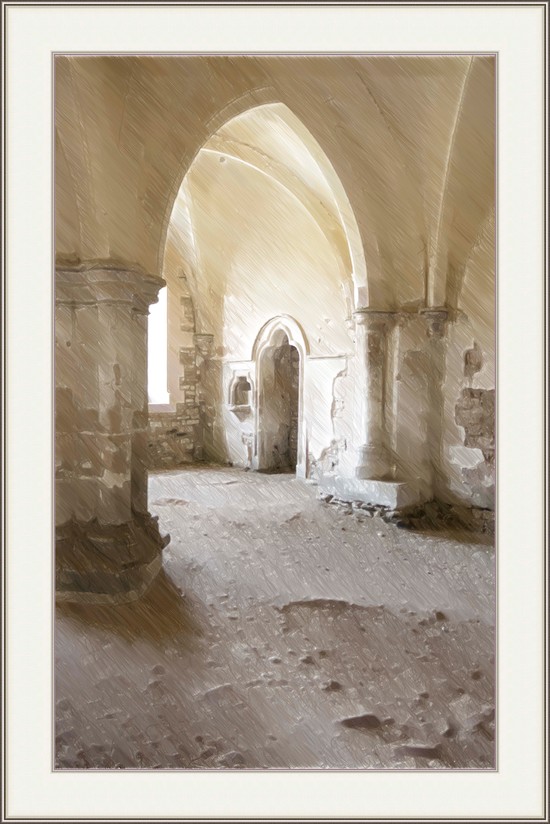